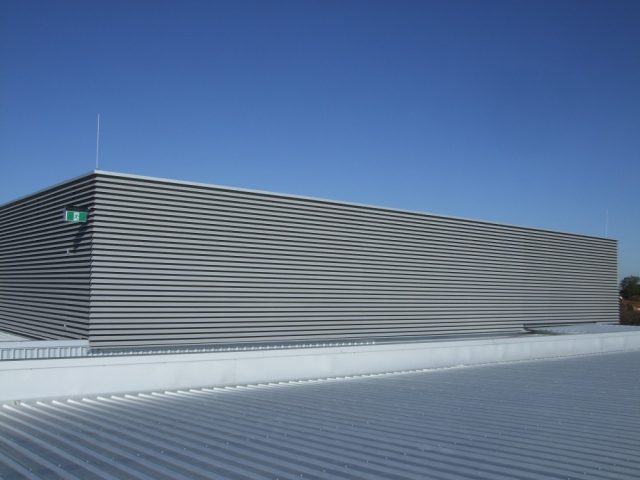 Although many people use soundproofing to make their rooms at home or the office more peaceful and shut off from the noise of the outside world, on a more commercial level, soundproofing is not enough.

Application of Acoustic Louvres for Soundproofing

For industrial purposes, industrial plants and factories with loud machinery require a stronger noise cancellation room than a soundproofed room. These rooms are called acoustic louvres and come with a variety of applications and benefits. These acoustic louvres can be found in several large buildings to reduce noise pollution within the building while still allowing for ample airflow into the structure. They are also commonly found around noisy equipment in factories and mechanical plants that still require ventilation and a gap for airflow. They provide attenuation to those devices and equipment that have loud mechanical fans as well as those rooms that need soundproofing but also require ventilation and airflow. Some of the other places that acoustic louvres are commonly found include plant rooms, boiler rooms, plant cooling towers, air conditioning and that equipment require acoustic screening.

One of the other benefits that come with the construction of acoustic louvres aside from noise attenuation and added ventilation or allowance of airflow, is the protection it provides the room or equipment from the harshness of the environmental elements. It also protects those who are living or working around these noisy rooms, environment or equipment from health and hearing damage due to constant exposure to loud sounds. It comes in a variety of materials and finishes that can be chosen based on the requirements and need of the environment where it is to be installed.

Acoustic louvres are constructed with blades with two sides, one of which is the plain face that faces up and the other side is a perforated face that faces down. The inside of these blades contains sound absorbent material that offers sound attenuation at its optimum when the blades are angled. The amount of sound attenuation also depends on the mass of the blades, their width and depth, the sizing and spacing of their perforations as well as the number of stages and spacing between adjacent blades.

Some of the materials that are used to make said blades include aluminium,galvanized, stainless steel or even powder-coated mild steel. While installing the acoustic louvre, one must make sure to not place it too close to the source of the noise as it will result in acoustic beaming. The material used for insulation is typically fire and water-resistant that are cut with precision so that it fits within the shape of the blades. The inside face of the louvre is generally fitted with a bird or rodent mesh which has been tested to not have any acoustic impact on the louvre. These louvres are typically constructed wider than 600mm as it has been researched and tested to perform the best when the width is above 600mm.

Functioning of Anechoic Chambers in Soundproofing

While acoustic chambers are used similar to soundproofing for general sound attenuation with added ventilation and airflow supply, anechoic chambers on the other hand are used for acoustic measurements and are a manufacturer and researcher’s best friend. They are the closest man has come to achieving ‘free space’ or a space that is entirely rid of or free of any noise or acoustic energy at any level. There are anechoic chambers that have been built in a variety of dimensions and sizes, the largest one being so big that it is capable of containing an entire aircraft within itself.

The basic functioning of these anechoic chambers lies in its radio-wave absorbent material that is used within the chamber’s walls, ceilings and floor to shield the room for all frequencies of sound. The anechoic chambers give off a certain ‘science fiction’ look because of the pyramid-like structures of the acoustic absorbers. There are about 2000 of these sound absorbing pyramids all over the walls, floor and ceiling of the anechoic chamber. Now that the walls of the room shielded from acoustics, it is then coated with special RF absorbing materials to ensure that the enclosure is ‘anechoic’ or does not reflect any acoustics to create an echo.

These anechoic chambers have been constructed for over 60 years, the first of which was created in 1953 that gave −20-dB reflection coefficients over 2.4–10 GHz. They are constructed in a variety of shapes inclusive of rectangular, tapered, and dome-shaped. Although the simple construction and design of the rectangular anechoic chambers have made it the most common variety, it has a major disadvantage as compared to the other two. The walls of such chambers tend to create an unwanted scattering of acoustic waves at low frequencies. The tapered variety is only suitable for those experiments that require only a single-source antenna making the dome anechoic chambers the most effective of the three varieties.

Guide On How To Tak Better Photos and takes Better