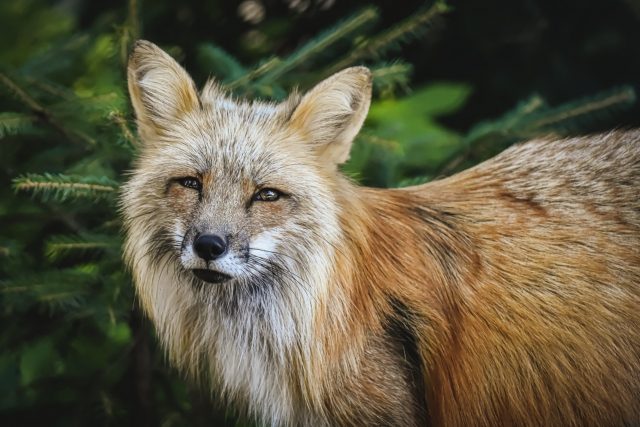 I believe the dog. Cats are probably the most popular pets around the world. However, today we are going to meet some other pets, some of whom may wonder,  “Can you raise them?” and these pets are classified as Exotic Pets.

An exotic pet is a strange animal. Rare animals are pets for specific groups of people who love strange appearance animals. These animals will be allowed to be fed, bred, and traded, but some species may need to be imported from abroad.

Many people’s resymations see foxes as cunning animals. But after experts successfully conducted research to develop the species, it became tame and human-friendly. Foxes are became increasingly popular and classified as Exotic Pets or exotic pets.

“Fennec Fox” is the most popular breed that is used as a pet because it is relatively small and smells less bad than other species. Other species that can be adopted include  Arctic Fox, Bat-eared Fox, Corsac Fox, Gray Fox, Red Fox, and Swift  Fox.

Is it illegal to feed a fox?

Thai fox species such as golden Jackal and hole are classified as protected wildlife you can also read on dertdai. No trading is allowed! If you want to feed, it is recommended that you choose a foreign breed that is legal in Thailand with a license to feed it.

In addition to falcons, they are animals that are raised for aesthetic purposes. It is also available to train ‘hunting’ to solve the problem of pigeons or other animals eating plant produce. However, it is not easy to adopt a falcon as a pet because it is illegal to possess a species of falcon in Thailand. If anyone is thinking of raising, it must be imported from abroad. It has an occupied license from the Department of Forestry and has a  CITES (International Convention) import certificate to be considered legal.

To do this, contact the falcon import operator (agent).  After that, the agent will contact a farm abroad to reserve eggs. Once the eggs of the falcon have hatched, The farm splits the gender and sends back pictures of the birds.

Once you choose, you will make a reservation. But the bird will not be delivered immediately. You may have to wait 3 months to get older until 1 year. The farm will send falcons by plane, blindfolded with a hood or small leather hat, so as not to panic on the go.

Up-and-coming Exotic Pet This makes the raccoon one of the superstars that lovers of strange animals look like. In addition to the exterior of the raccoon, it looks fat, round. fluffy hair There are many people who have been stirred, such as shortness of positions when snatching other fodder. Use paws and fingers to briefly stick to the trunk when climbing trees.

For anyone who is interested in taking care of the naughty man, choose only those that have a new breed for a particular pet and you can take the idea from dertdai. To avoid catching raccoons from the forest, and do not let them run outside like a dog, it will definitely fall off, which is very likely for the raccoon to go home on its own. If you want to take a raccoon to change the atmosphere outside, you can take a raccoon. Leashes are recommended and one should be trained to get used to leashes as a child.

Corn Snake is a beautiful snake that comes from a a species of natural snake and trims the species, making it very tame, anonymous and benign. Children can feed, called cranes.  It’s because it has a corn-like pattern underneath it. It also has beautiful colors, from oyster white, yellow, brown, red to black.

For anyone who wants a cost.  It should be raised in a glass cabinet or plastic box with a lid. The floor inside the box should be primed thickly for digging burrows. Plywood chips are used. Sawdust or coconut shell. The snake feels like it is in nature, and a terracotta container must be placed in water for the snake to eat and soak in.

Helping A Home Business That You Love: A Few Tips

Looking For Advice About Web Design and website Development