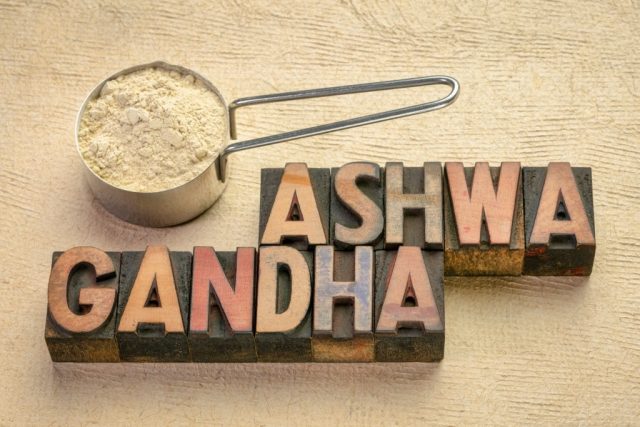 Ashwagandha, or more commonly known as Indian ginseng, is an adaptogen that helps the body to adapt to stress. This herb is enriched with therapeutic properties; the roots and berries of this plant are used to make different health supplements to enhance the everyday functions of the human body.

Consuming this adaptogenic herb offers many benefits. Ashwagandha is widely used by males to increase testosterone levels and boost fertility. With its longevity-promoting and revitalizing properties, Ashwagandha supplements are a common part of the modern lifestyle. Today, you don’t have to move through the forests to find this magic herb, you can easily buy ashwagandha tablets from any online or offline supplement store.

Thinking of incorporating ashwagandha in your daily diet, stick to this piece to understand the nature of this herb, followed by its benefits.

The word ‘Ashwagandha’ is derived from Sanskrit; the word ashwa means horse, and gandha meaning smell. This herb has been used for thousands of years in Ayurvedic medicine. It’s the species name, somnifera means sleep-inducing agent in Latin. The Hindi name of ashwagandha is ‘ asgandh’ that also means the odor of horse sweat.

The word ashwagandha implies the ‘smell and power of a horse,’ which alludes to its conventional use to boost vitality and a healthy libido. In contrast, somnifera indicates its ability to treat insomnia and support somnolence. This medicinal herb is also proven beneficial in reducing anxiety and stress levels.

Following are some possible benefits of ashwagandha.

Cortisol is commonly cited as the stress hormone, as adrenal glands release it in response to stress or when your sugar level drops drastically. Elevated cortisol levels fiddle with blood sugar levels; they can rise and drop in a matter of time. Plus, it also supports increased fat storage in the midriff.

In a study of chronically stressed grown-ups, those who were supplemented with a balanced amount of ashwagandha had a considerably greater cortisol level reduction than adults with no ashwagandha supplement. The people who were taking higher dose supplements everyday underwent a 30% contraction, on average.

Studies conducted on animals and test tubes have concluded that ashwagandha has withaferin, a compound that helps induce apoptosis, which helps eliminate cancer cells from the body. It also obstructs the growth of cancer cells in the body.

Withaferin is believed to support the building of reactive oxygen species in the cancer cells, leading to disrupting cells’ functioning. It also may cause cancer cells to be less resistant to apoptosis.  Some animal studies indicate that it might help in treating various forms of cancer such as brain, colon, ovarian, lung, and breast cancer.

In a study, mice with ovarian tumors were treated with withaferin alone or with a mix of anti-cancer drugs exhibited a 70-80% contraction in tumor development. This specific treatment also prevented the transmission of cancer cells to the other organs.

Ashwagandha is best known for its stress-reducing ability. In a study on rats, researchers claimed that it blocked the brain’s stress hormone by restraining chemical signaling in the nervous system.

As humans are exposed to harsh life situations, stress is normal, but it can cause some serious issues. To prevent these consequences, search ashwagandha online, to get the remedy delivered to your doorstep.

Although this is not entirely proven, few studies suggest ashwagandha might ease depression symptoms.  As ashwagandha is proven beneficial in alleviating cortisol levels, it might indicate its usefulness in controlling depression-caused symptoms.

In a 60 day study on 64 adults suffering from chronic stress, those who were supplemented by 600 mg ashwagandha per day experienced a reduction of 79% in severe depression. At the same time, the group treated with placebo reported a hike of 10%.  Although only one participant had a history of chronic depression, therefore the conclusion is not entirely reliable.

Ashwagandha is also shown to decrease inflammation markers such as C- reactive protein (CRP). This marker is also linked with several heart-related diseases.

Ashwagandha has anti-inflammatory properties that might help improve heart health by alleviating triglycerides and cholesterol levels. Some animal studies suggest that it significantly lowers these blood fats.

A study on rats lowered triglycerides and cholesterol levels by 45% and 53%, respectively. While human studies do not confirm such dramatic results but observed significant improvement in these parameters.

Some test-tube and animal studies suggest that ashwagandha’s supplementation may mitigate brain function and memory-related disorders caused by accidents or diseases. Researchers have claimed that it stimulates antioxidant activity that safeguards nerve cells from toxic free radicals.

One study performed on rats with epilepsy was treated with ashwagandha extract, leading to a complete reversal of spatial memory impairment. It is believed that reduction in oxidative stress was the main reason behind the reversal.

However, only in Ayurveda, ashwagandha is suggested for boosting memory power, but there is a lack of evidence to back this statement.

Want to add ashwagandha to your diet? You can easily avail this magical herb in any vitamin supplements store. However, make sure to consult your physician before ingesting ashwagandha supplements.

Ashwagandha is an ancient herb that cures various health issues. It offers endless benefits from reducing anxiety and stress to boost memory and brain function, and more.

What Causes Eating Disorders in Teens?

Should We Build the Tomb at Any Time of the Year?

Some of the main Qualities in hob cutter taken care of...