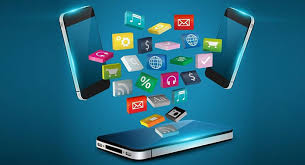 Flutter was recently launched and since then it has revolutionized the whole app development industry. It’s considered as the game-changer in cross-platform apps since Google launched it.

You won’t believe it, but giant companies like Alibaba, Tencent, and Reflectly already start using flutter in their development process. This gives you the idea of how far the flutter has come. Flutter achieves so much in the app development in such a short time.

Now let us think from the business owner point of you. There will surely be a lot of questions pop-ups in your mind regarding flutter. How flutter can help you take your business to the next step?

Is it good to hire a flutter app development company? How flutter can help you achieve your business goals? I will answer all the questions of yours in this blog post, and you’ll get to know that flutter can make your daily-task easier.

So let us understand the top seven reasons flutter will help you build faster, enhanced, and smarter apps that assist your company achieve new heights without investing too much money.

Code can be written much faster in Flutter:

One of the topmost concerns of business owners in today’s time is the reach of the app. This is the primary feature of flutter that has created a special place in the heart of many firms like Tencent, Alibaba, and Dream 11.

Bruce Shen of Alibaba stated, “Flutter reduces the time of development, flutter can develop an additional feature in half of the time compared to the other programming language.”

You need to pace up the development process of your app and then launch it out to the targeted audience quickly. The reason behind the success of Flutter in this development is the add-ons of the hot reloaded features.

This helps developers in changing the codes in real-time. Apart from this, developers can also fix bugs, try additional elements, and all of it in just fractions of seconds. To check the results, you require not reboot, reload to check the effects.

Perspective of designers and developers are mostly different and a reason for conflict during the app development process. But with flutters, it just streamlines the whole designer-developer collaborations.

Flutter takes away the conflict, lets the developer and designer work peacefully together, and allows them to achieve the beneficial result that helps people associated with the work. The outcome is that it helps you develop applications more quickly than any other language, let you stay ahead of the competition, and generate huge revenue from apps.

If you are developing apps, you need to think from the customer’s point of view.  You also need to face the harsh reality, as you know that customers don’t think a second before switching to the different apps if your apps take more loading times.

What flutter does is that it helps you build apps full of advanced features and functionalities which offer your user what they are looking for.

Advanced technology that is developed on flutter works smoothly regardless of the high expectations. The one who makes it also develops a faster renderer that can render at a speed of almost 120 FPS.

People who write codes know how hard testing can be proved to be. The quality assurance stage is considered to be the toughest, even for the patient developers and stakeholders. However, the total performance can be easily improved, if the codes of multiple platforms are the same that make testing faster. However, the above Stateful Hot Reload fixes the bugs faster and almost in real-time.

It has many libraries that help you add advanced level functionalities into your apps that can compete with any application of the world. The level of freedom that flutter gives to developers is worth praising, and this is the reason developers like to opt for a flutter.

Google is putting a lot of effort into making it one of the mobile app development platforms. Google provides excellent documentation, detailing features, and functionalities that make it easier for developers to switch to flutter.

Thanks to its customizable widgets, It can create amazing apps to appeal to visual and UI designs. It has acquired many material design widgets as its first-class platforms, which enable apps to look amazing.

Developers can integrate the graphic that gives users a realistic experience and a functional reactive framework, rich fonts, and navigation patterns can do this.

Save time and money by writing one code for all platforms:

Native apps require codes in two sets that took from the beginning for two different platforms. This entire development process consumes a lot of time, hectic, and expensive as in the way it builds two apps, so the cost is also twice.

Therefore, earlier companies used to think a lot before building a mobile application. The fear of companies is now gone after the launch of cross-platform technology.

It enhances the quality from design to advanced features and functionality without separately developing apps for two platforms. App business owners think that cross-platform apps will degrade the quality of it, but flutter has proved them wrong.

After reading the above information, you’ll be fascinated to know the advantages of flutter. It provides perks that help companies in creating apps that look stunning and high on quality. It depends on your instinct, but I suggest you should definitely give it a try in building apps during 2020.