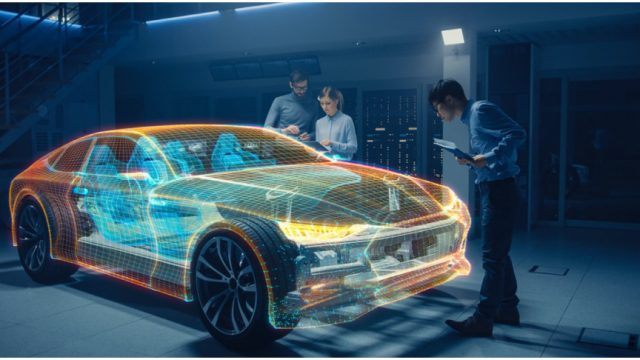 When the telephone was invented, it was thought there cannot be a greater invention than this. People went nuts about a very great invention and they thought that nothing can cross this invention over the time people got to know about various things and technology evolved drastically. What was thought to be a greatest invention evolved into high tech smartphones but the basic idea being the same.  In the beginning of times when smartphones were invented it was thought that nothing can be greater than this. However high-tech smartphones proved this thing to be wrong. Now there’s a possibility that these high-tech smartphones will also get replaced in the near future. New might wonder what else is there to offer but technology has evolved significantly and simple smartphones Arnold considered outdated which were thought to be great at a time. In a couple of decades we will see more advanced and sophisticated technology. In this article we will take a look at the technological innovations that may eventually replace smartphones in the coming time.

we see wearable tech all around us. Fitness wristbands, smartwatches that are used commonly by everyone futurists believe that this is only the beginning of the transformative tetras the years will pass augmented reality will become more and more sophisticated every year and various experts have predicted that we will reach new heights within a decade. You can imagine a pair of smart glasses that will allow you to do all the things that your smartphone does. It is not possible now but experts believe that this is how the future is going to be. You will be able to check emails, send messages, play games, take calls and photos all from your glasses. Inspire movies you used to see that glasses could provide real time information on the things you were looking at. There is a possibility that in the future search smart glass will be used commonly this will eventually make smartphones redundant. We cannot save for sure that people will stop using their smartphones cause this is not possible but we are saying that there is a possibility that you might have something more advanced and smartphone devices will look prehistoric. Most of the companies have already started doing research in this area. Facebook, Microsoft and Google are working on their standalone air headset that will project 3D images into your eyes. You just wait and see what technology has to offer you in the coming future.

Virtual reality is an advanced step in augmented reality technology. Virtual reality headsets have already been introduced in the market and they are liked a lot by the people. However, experts are hoping that technology will evolve so drastically that you will be able to distinguish virtual reality from the real reality in the coming time. Experts are also developing full body virtual reality suits and that will allow you to feel individual reality. These suits will be able to give you biofeedback so that you can feel what is happening as if everything was real. This will make you walk on a virtual playground and you could imagine yourself in a space that is not even there. All of this seems like a science fiction reboot anything is possible in the coming years.

The third technological innovation that we call transhumanist technology is the scariest of them all. It is a human machine Fusion that will let the human brain fuse with the computer. Elon musk’s Neural ink company is already working on this brain implant thing. With these implants you will be able to search the Internet, read emails, make calls and various other things will stop. This will eventually make the use of smartphones redundant and screen will become irrelevant. This is a scary as well as exciting revolution.

What About the Immediate Future?

Smartphones however are not going anywhere soon. The technology that has been mentioned above will probably not really take off until two or three decades. However, the smartphones will just keep getting better and better. Various things have been changed already in the smartphones and there are many changes to come in the near future. You should be prepared forward is about to come as it will stun you and you will enjoy it as well.

How to Prevent a Swollen Battery in Your Laptop?

Live Podcasts: How are They Different From Radio Shows