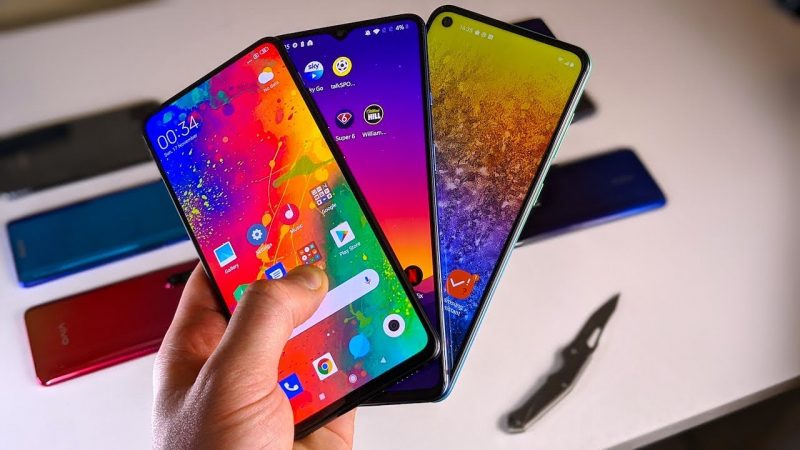 Purchasing a new smartphone is a long-term investment, and we often think long and hard before purchasing a new mobile device. One of the most important factors we take into consideration while making our assessment is the brand’s reliability.

It is important for us as consumers to protect our investment, and if we are spending tens of thousands of rupees on a product, we need to make a calculated, informed decision.

For a brand to be trustworthy and reliable, it is imperative that they tick several boxes. While the likes of Samsung and LG have existed for decades, other newer entrants in the smartphone industry such as Realme are also extremely reliable, owing to several other reasons.

Furthermore, it is also important for the brands to provide a well-designed phone with a strong build, other than offering excellent features.

Here are some of the most reliable smartphone brands today, and a few of the reasons why consumers trust them:-

Ten years ago, when Steve Jobs wanted to conquer the mobile phone world and put a dent in the universe, it was the South Korean giant that stepped up and gave him the intense competition he craved for. Their rivalry resulted in both brands reshaping the smartphone world, doing ground-breaking work, and pioneering the modern smartphone as we know them today.

It is difficult to choose between Apple and Samsung when it comes to the premium segment, but considering the fact that Samsung also offers phones in the budget, mid-range and mid-premium segments, it captures larger market share, and ships more smartphone units than almost all the other brands.

In the tech world, Apple products are synonymous with excellence. The US-based juggernaut has redefined the role of smartphones in our daily lives, and the iPhone continues to be the benchmark that all the other premium phones are compared to today.

iPhones are also traditionally less susceptible to wear and tear as compared to other smartphones models, and the latest iPhone models also come with the A13 Bionic chip, which is the best processor in the world.

When smartphone brands couldn’t come up with the right formula to offer phones with better specs and features at affordable prices, Xiaomi launched the Redmi Note 4, which ushered a new era in the smartphone industry.

It was no longer a dream to own a smartphone with excellent specs, without splurging exorbitant amounts. Xiaomi quickly became the go-to brand for the average Indian consumer, and has now established itself as the best smartphone brand in the country.

Xiaomi offers smartphones in every price segment, and recently launched its premium smartphone model, Xiaomi Mi 10. This 12 GB RAM mobile comes with a 108MP rear camera, along with the Qualcomm Snapdragon 865 SoC, making it one of the best phones available in the market today.

Although Realme only recently entered the Indian market, it has quickly become one of the most popular smartphone brands in the country. Realme immediately went after the budget and mid-range consumer segments, offering feature-rich phones at extremely affordable prices.

Furthermore, Realme has also positioned itself as one of the most reliable smartphone brands in the country, offering top quality phones that live up to their billing.

OPPO has been dominating the mid-premium segment for the past two years, and for a good reason. The OPPO Reno series has captivated the imagination of the Indian consumers, and the brand continues to provide excellent-quality smartphones, with impressive cameras and features.

As per Canalys Smartphone Analysis, OPPO captured 12.9 percent of the market share during the second quarter of 2020, while shipping around 2.2 million smartphone units, coming in fourth after Xiaomi, Vivo, and Samsung in that order.

OPPO is expected to launch the OPPO Find X2 Pro smartphone soon, which is touted to be one of the best premium smartphones to be launched this year.

How Is VPS Hosting Different from Shared Hosting?